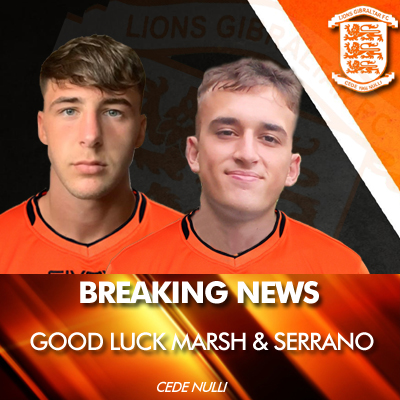 Lions Gibraltar FC would like to give a special thanks to Julian Serrano and Jayce Marsh as they leave to University this coming season.

Julian and Jayce have mainly played for the U23 but had being occasionally called up for the senior squad. They have shown valuable qualities and skills which worthy of respect and admiration by his team mates and coaching staff.

Both will be missed and we hope to see them join our ranks on there return. Good luck and all the best on their new venture, Cede Nulli!