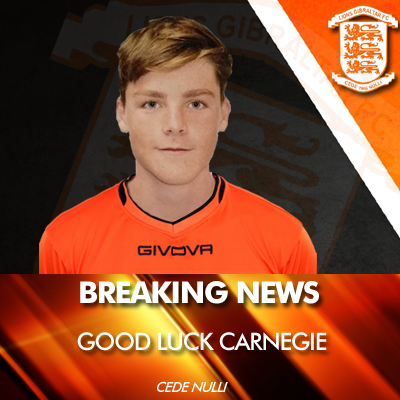 Lions Gibraltar FC would also like to give a special thanks to Jordan Carnegie as he leaves for University this coming season. He has been a great servant for the club throughout the years – coming through the ranks of the youth team. He will be missed, however, Jordan will still show his commitment by attending the pre-season with the team. Carnegie joins Hernandez, Ramagge, Parral and Gomez who announced recently their departure for University.